The Metaverse is a virtual reality platform allowing users to interact through their avatars. It is a universe in its own right where the majority of exchanges are based on crypto-currencies. In this article, we tell you which cryptocurrencies are directly related to the Metaverse.

It is a virtual reality platform created in 2017. It was born following an ICO and is interested in all the potential uses of 3D. This includes the creation of parks, casinos, gambling halls and exclusive places. The whole project works thanks to the MANA cryptocurrency and is based on the Ethereum blockchain.

The current price of one MANA is around US$2.5. However, following Mark Zuckerberg’s announcement at the end of October, the world is increasingly interested in virtual realities. The Metaverse will therefore play a crucial role in increasing the value of MANA.

It is a platform created in 2012 by the French Arthur Madrid and Sébastien Borget. She is at the origin of SAND, a crypto-currency intimately linked to the virtual world.

Until then, The Sandbox platform has focused on video games. It offers a system for creating unique characters and content and developing them through 3D games. Nevertheless, it intends to gradually extend to other types of interactions . This includes concerts, selling souvenirs or creating unique architectures, all features available in the metaverse.

There are a total of 3 billion SAND . Around 900 billion tokens are in circulation today. Although we sometimes observe fluctuations, the value of a token generally hovers around 2.5 USD. 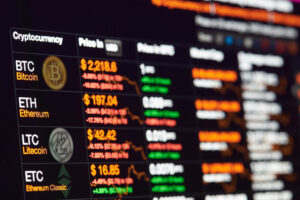 It is a platform offering players an interstellar experience in 3D. Unlike the majority of Metaverse-related projects, Star Atlas is developing in a clearly defined direction. Its goal is to give you the chance to create a life for yourself in space. In the guise of an avatar, they will be able to join a faction and take part in missions. Of course, there will also be infrastructure dedicated to relaxation and entertainment.

The whole project is based on the ATLAS token. This is the platform’s official currency and can be used both in-game and in real life. Admittedly, it is only worth €0.103,392 immediately. Nevertheless, it will certainly see its value increase with the establishment of the Metaverse.

The ENJ Coin is one of the very first cryptocurrencies. It was created in 2009 by Maxime Blagov and Witek Radomski, two legends of the gaming world. The platform has long remained in the background. However, after the emergence of Non-Fungible Tokens (NFTs), it experienced an incredible boom.

Enjin coin is particularly active in the gaming sector. Its creators have used their experience to create a cryptocurrency corresponding to the needs of virtual reality games. This makes it a great asset in the Metaverse branch dedicated to leisure.

Of the billion tokens produced, more than 930 million are already in circulation. This proves the success of this crypto-currency. Also, an ENJ coin costs less than $3. It is therefore still possible to acquire them en masse.

When setting up your micro-enterprise, one of the most important aspects is choosing your name. Not…

What is the right debt ratio?

What is portfolio diversification?

Which cryptocurrency exchange has the lowest fees?

While the world of cryptocurrencies is changing very quickly and platforms are multiplying, each more advantageous than…

9 Good Habits of a Successful Trader

Successful traders have many habits that set them apart from others. Some of these habits are…

When setting up your micro-enterprise, one of the most important aspects is choosing your name. Not only so that your business is identifiable and recognizable, but